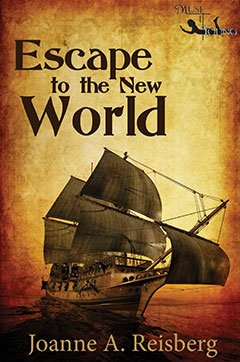 With only two reale from his father, Carlos Diaz escapes his uncle’s whip and stows away on a galleon of King Phillip II of Spain sailing out of Seville, to seek out his father, an assayer at the silver mines in Potosi. He is held at sword point, survives a storm on the high seas, and battles a French Corsair.

Carlos’s only friend, Dr. Sebastian, tries to protect him from the cruel captain but it’s not enough. Carlos wonders how wise it was to attempt his Escape to the New World.